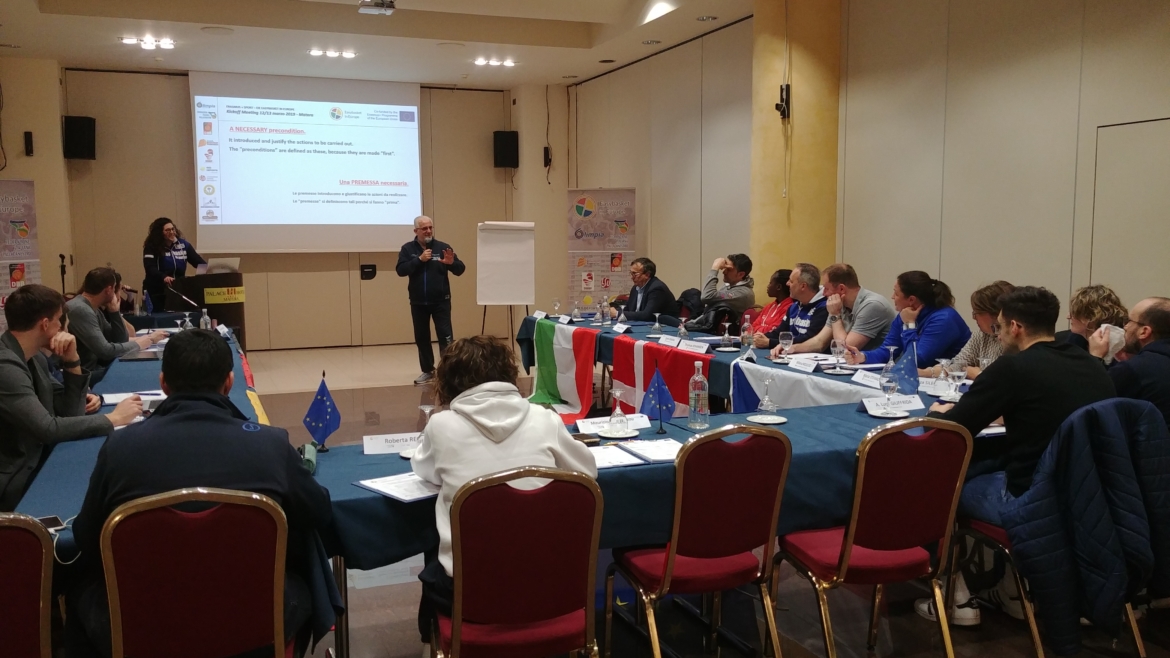 After the official presentation held in the Sala Mandela of the Municipality of Matera on Tuesday 12 March, the Palace Hotel hosted the participated two-day kickoff meeting of the Erasmus + project “Easybasket In Europe – EIE”, at the presence of the partners: Olimpia Basket Matera as coordinator, FIP – Italian Basketball Federation, APD Pielle Basket Matera, ASD Cultura e Sport Matera, Istituto Comprensivo “G. Pascoli” Media School Matera, Lietuvos Sporto Universitetas (Lithuanian Sports University), Czech Basketball Federation (Czech Basketball Federation) ), Deutscher Basketball Bund (German Basketball Federation), Danmarks Basketball Forbund (Denmark Basketball Federation), Fundaciòn Red Deporte y Cooperaciòn (Madrid-based NGO). It was an opportunity to illustrate the entire project in detail and to agree, together with the partners, on any changes to be made and especially on the upcoming events, which will be held in the countries involved, and then meet again in Matera at the end (the project has started on 1 January 2019 and will end on 31 December 2020). EIE, it is right to reiterate it, first look at the improvement and then at the subsequent diffusion of the Italian model of the minibasket for children aged 6 to 8 years, always sharing everything with the partners. It was Maurizio Cremonini, technical manager of the minipasket sector of the FIP and of the project itself, who explained the basic rules of the easybasket over the course of two days, giving space to participated discussions with the idea to “change the culture, welcome and build together a chance for everyone to play.” Next meeting in June in Germany for the first official Transnational Meeting. 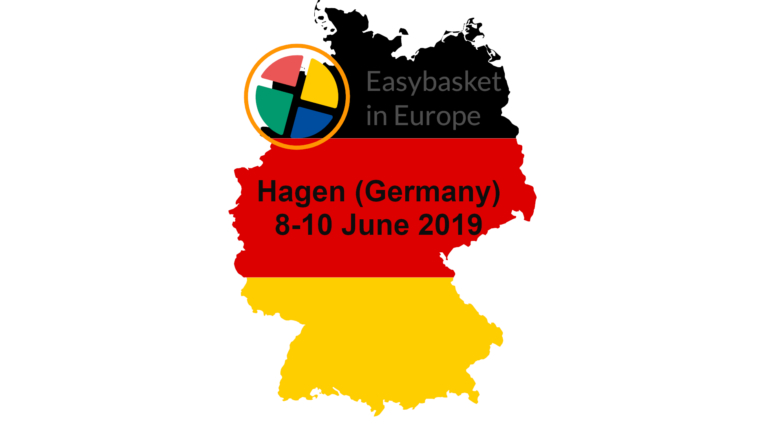 EIE next step: Hagen (Germany) we are coming ! 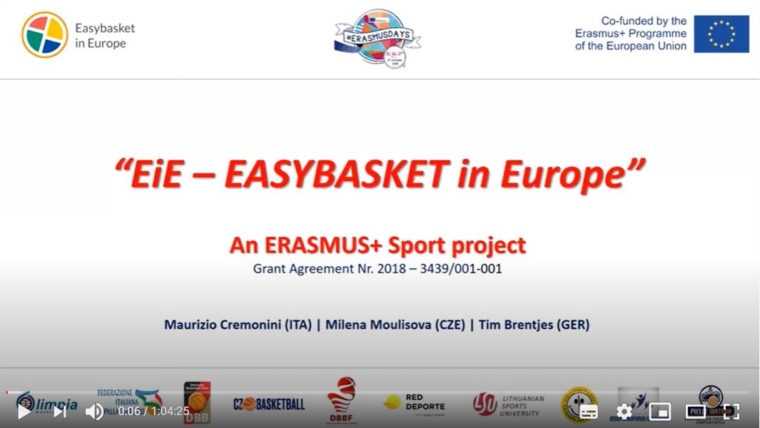